You can see that webinar here. 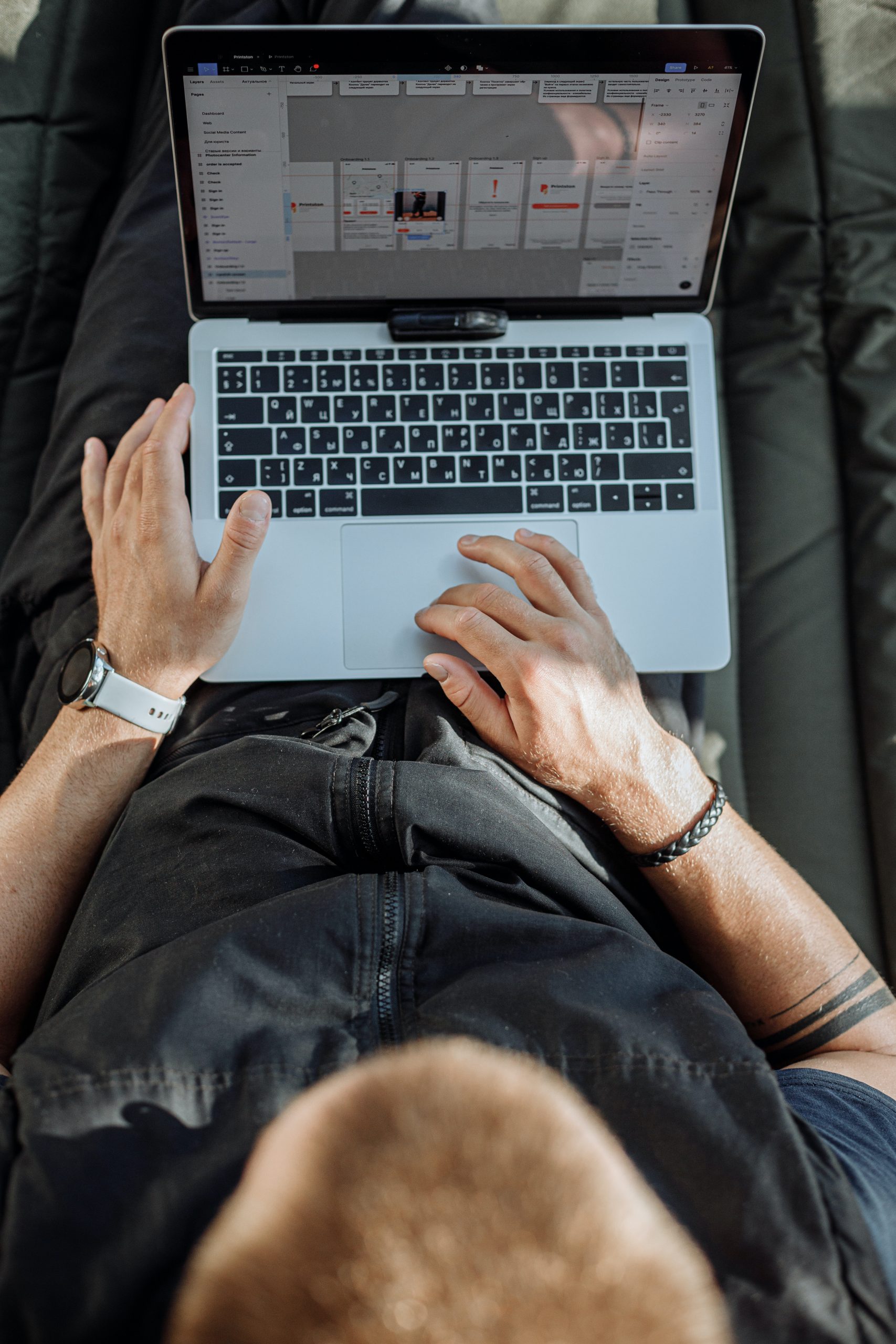 What is the difference between tickets and projects?

This is something that I get asked about almost every day when I am consulting with MSPs. People always want to know when to use one over the other so that’s going to be the topic of this blog post.

So let’s look at the difference between projects and tickets

Let’s start by asking what is a ticket.

Typically a ticket is something that is used to perform a single piece of work such as fixing an issue with a customer(outlook hanging for example), and typically something that requires one person to work on and perform that specific thing from start to finish. So any kind of remedial work should be a ticket. . Typically a ticket is for work that can be done by one person and does not necessarily require multiple skill sets. Some smaller “projects” can be tickets too, such as the installation of a PC, which would include Windows and office installs because is one task that can be performed by one person from start to finish.

Let’s start by asking what is a project.

Typically a project is something that spans over multiple days, weeks, months, etc, and requires multiple skill sets which could be performed at the same time or one after the other and typically is charged at a fixed rate (eg $5000). Something like a network infrastructure refresh would be a great example of a project, there are many moving parts, you need Networking people, Cabling people, Windows people, exchange people etc. All of these people have different skill sets, and most of the time you would not have all of those areas performed by one person. A network infrastructure project like this also could/would span over multiple weeks and would most likely need one task to be completed after the one before it, and so on. You would typically charge for this kind of work as a fixed price.

If you were to all of those tasks (Multiple network steps., Cabling, Installing Routers, etc) as tickets it would be very difficult to manage and keep track of.

Can I use projects and tickets interchangeably?

Absolutely! Although tickets are for single pieces of work, and projects are for longer-term work that requires more resources and skills, etc, there is no reason why you can’t use them interchangeably

Let’s look at the scenario of a PC build. Whilst this is a single piece of work (with lots of different steps/tasks) such as installing Software and updates and it would be performed by one person, there is no reason why you could not run this as a project. For example, you could have different tasks in the main project for everything that needs to be installed on the PC. for example Windows install could be one task, and office could be another. You could even have multiple people do the work. But doing something like a PC build as a project is a massive overkill and would take more to set up the project than actually installing the PC.

The same goes for a network infrastructure setup, where you would install cabling, networking equipment, servers etc. There is no reason why you could not do each of these as individual tickets, but doing so would be so much harder to manage as you would have many tickets sitting independently in the ticketing system it would be a nightmare to manage.

In Conclusion, projects and tickets are interchangeable, and whilst you could use tickets for “Larger” longer-term work, and you could also use tickets for smaller things like PC builds I would recommend not doing this. It’s too time-consuming to use project Management in the PSA for small jobs and too unwieldy to use tickets for large projects. So keep them separate

If you would like to find out more about the services that I offer to MSPs you can contact me using the details below.

If I had a dollar/pound/Euro for every time I hear this, I would be on my yacht in the Caribbean…

Whenever anyone asks me this, or I see it on a forum, the way I always answer this is:

ALL of them and NONE OF them.

That’s right, there is no such thing as the “Best” PSA Tool.  They all have their good points and bad points.  The question you should really ask should be “What is the best PSA FOR MY BUSINESS?”

When it comes to finding the best solution for your business, the key is to find out which PSA tool is RIGHT FOR YOU and solves YOUR SPECIFIC needs and not about which one is the best in general, because it does not exist.  When you ask the question on forums and in private groups, of course, you will get 100 different answers because everyone has a favourite tool and one that works for them, but it does not mean it’s the best tool.  Sure, it’s the best for THEM and THEIR situation, but not necessarily for you.

My recommendation is to look at ALL PSA tools and then decide from there as to which one works better for you.  Take your specific pain points to the vendors and ask them to specifically show you how their tool will solve those problems, don’t just take their word for it. And certainly, don’t take the word of someone else on a forum that the tool they use is the best and will solve your needs because how would they know?   Of course, you may have similar issues but only you will know exactly what you are trying to solve and whether your chosen tool will be able to help you address those.

In all the years of consulting I have seen all too often people who switch between PSA tools, because something else is better or shinier, only to find that it’s just as bad (or worse) than what they already had.

Every PSA tool on the market has lovers and haters, it’s the nature of the beast.   But just because someone says a tool is bad does not mean it is, it’s probably because they did not understand their pain points when they were looking and purchased the product based on someone else’s recommendation or they were not clear on what they wanted the tool for when they made the initial request with the vendor.

A story I always like to tell is that when I bought a new car a few years back. I have always driven a particular brand since 1989. (Only for a couple of years I drove something else, due to my financial situation), but for as long as I can remember I have been a fan of the make. Now since having this particular car brand, my love for them has gone, I absolutely hate the car, it’s very tinny, and rattlely and feels very cheap although it’s supposed to be a luxury car. My experience with their aftersales service on this car has been awful too. Now if you were asking me if it is a good car brand, I would say no (based purely on this experience), even though it served me well for many years because one bad experience will tarnish it for good.

I have a friend who has the same exact car as me, and he absolutely loves it and swears it’s the best thing he ever purchased. So, if you asked us both you would get 2 differing opinions.

But Who is right?

The most successful MSPs are those that choose wisely, and who spend time on growing their businesses and not worrying about the PSA tool that everyone else uses.

If you would like to find out more about how we can help you, feel free to drop us a line here. 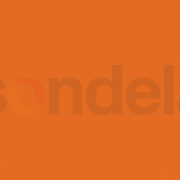 Oops - it seems this page isn't available to you.

If you're looking to become a PSA Hero and become an Autotask expert,

visit https://sondelaconsulting.com/psa-hero to find out more and join our growing membership.

Oops - it seems this page isn't available to you.

If you're looking to become a PSA Hero and become an Autotask expert,

visit https://sondelaconsulting.com/psa-hero to find out more and join our growing membership.

This site uses cookies. By continuing to browse the site, you are agreeing to our use of cookies.

We may request cookies to be set on your device. We use cookies to let us know when you visit our websites, how you interact with us, to enrich your user experience, and to customize your relationship with our website.

Click on the different category headings to find out more. You can also change some of your preferences. Note that blocking some types of cookies may impact your experience on our websites and the services we are able to offer.

These cookies are strictly necessary to provide you with services available through our website and to use some of its features.

Because these cookies are strictly necessary to deliver the website, refuseing them will have impact how our site functions. You always can block or delete cookies by changing your browser settings and force blocking all cookies on this website. But this will always prompt you to accept/refuse cookies when revisiting our site.

We fully respect if you want to refuse cookies but to avoid asking you again and again kindly allow us to store a cookie for that. You are free to opt out any time or opt in for other cookies to get a better experience. If you refuse cookies we will remove all set cookies in our domain.

We provide you with a list of stored cookies on your computer in our domain so you can check what we stored. Due to security reasons we are not able to show or modify cookies from other domains. You can check these in your browser security settings.

We also use different external services like Google Webfonts, Google Maps, and external Video providers. Since these providers may collect personal data like your IP address we allow you to block them here. Please be aware that this might heavily reduce the functionality and appearance of our site. Changes will take effect once you reload the page.